Boosting.Pro team is glad to inform you about new PvE services for upcoming 6.2 patch! With a release of patch 6.2, Blizzard will release a new raid dungeon – Hellfire Citadel. It will feature 13 bosses, with last one of those being Archimonde. All PvE guilds will be rushing to this raid to gear up – some will be going through Heroic with multiple raids to gear up characters as much as they can in order to progress through Mythic fast, some will just be slowly progressing through Normal or Heroic. We have been working very hard discussing this possibility with our PvE guilds, who weren’t willing to give out loot to the customers on first weeks of the patch but finally agreed – and are offering you a unique opportunity of participating in one of pros’ Heroic raids with 30 unsaved characters on a first week and looting completely everything for your spec as well as getting valued achievements and a Feat of Strength which LFG-tool raid leaders hunt for while gathering their raids! Getting this Feat of Strength on the first reset will push your reputation in other players to the limits as it indicates of an immense skill!

All PvE guilds will be rushing to this raid to gear up – and the best ones in the world will be competing for Top 1 World rank in PvE Mythic race. Thankfully, Boosting.Pro closely and efficiently works with those guilds! We offer you a truly outstanding opportunity – having your character being played during the PVE progression race by one of our professional raiders like his main character! Just imagine – all achievements for getting Mythic first kills, getting fully geared in Mythic items, including 4 pieces of Mythic tier, and, of course, icing on the cake – Cutting Edge: The Black Gate – Feat of Strength for killing Mythic Archimonde – most elite achievement of the content. Even patches and expansions later, linking this achievement (don’t forget, it will be gotten during world’s first kills) will make you an honored one in eyes of any player!

For the ones who want to test their own skills and take part in progressing through Mythic difficulty mode of Hellfire Citadel, we got a unique opportunity aswell – the raid spot in a progression guild’s second raid (altraid). You will earn various achievements: Glory of Hellfire Raider, achievements for Mythic boss kills, the Feat of Strength for killing Mythic Archimonde, and the full set of Mythic equipment for every slot. By ordering this service you get a reserved spot in a raid that will start as soon as our guild that scores within top-30 world kills Archimonde in Mythic. Estimate time of waiting for altraids to start – 3-4 weeks after patch’s launch.

Fot your comfort, we did some of our services “clickable” – when you press on the name you can get full info regarding this service.

If you didn’t find the service you were looking for or you still got questions – please contact our managers and they’ll be glad to help. 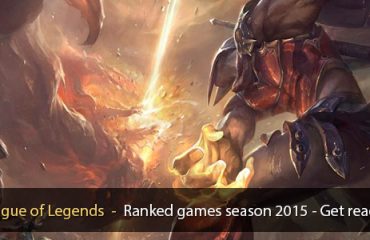