Riot Socrates has posted up a set of preseason changes that are coming to the Leagues system – including an increase of challenger tier’s size, tier demotion.

We’re making some changes to the League system. While we received a lot of positive feedback regarding leagues, there are a few key areas we felt could use improvement.

These changes are hitting the PBE now and will be live next week after the end of Season 3:

Players should no longer see tiny LP gains except in extreme edge cases or at the top of Diamond I. The small LP gains are necessary in Diamond I to ensure Challenger represents only the very best players and is highly accurate.

When we investigated player performance over the season we found that a small but not insubstantial group of players would reach division V of a tier and then consistently become more toxic and start to lose more frequently. Though tier immunity was originally intended to combat ladder anxiety we feel that complete immunity creates poor incentives and leads to abuse of the system. This makes ranked play a worse experience for everyone and isn’t what a division V placement should represent. When you enter division V you’ll have a set number of games where you are invulnerable to dropping a tier, currently this is 10 but it is subject to change. After this if you fall more than a full tier below your placement in terms of MMR, a warning will appear in your profile. So for example, a Gold V player playing at a Silver V skill level would see this warning. Continuing to lose games at 0 LP would result in their demotion to division I of the next lowest tier, or Silver I in this case.

The skill gap between players at 0 LP and 100 LP in Diamond I is simply too wide and there is a logjam of extremely skilled players vying for Challenger at the top of Diamond 1. We want to ease some of that pressure recognize more players by increasing the number of spots in that tier.

Let us know what you think! 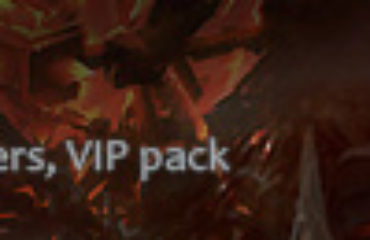