New quests and rewards in WoW: Warlords of Draenor

Draenor in World of Warcraft is wild and dangerous – you must progress with care. And thats why rewards will be much more significant. In addition to classic quests in Warlords of Draenor expansion there will be a lot more tasks based on exploration. Also, developers decided to spice up sometimes dull and boring quests with the chance of better rewards – it may be either Rare or Epic.

Thank to new quest tracking interface in WoW you can easily tell which quests are part of main storyline and are mandatory, and which you can easily skip right now and complete them later.

Faction which you’re fighting for will determine the starting zone on the continent. If you’re Alliance you will start at Karabor, Shadowmoon Valley. For the Horde its Bladespire Fortress, Frostfire Ridge.

Each faction has its path laid near the camp of their enemy in Tanaar jungles. You and your allies must gather all strength and will to not allow the Iron Horde to go through the Dark Portal. If they succeed – Azeroth once again will face its doom and ruination.

On your path you will face greatest warchiefs, such as Grommash Hellscream and Killrog Deadeye. Their armies count thousands of thousands well-trained orcs ready to rush into the heat of battle at any moment. But you’re not alone! Brave warriors under Maraads command will come to aid Alliance from the Dark Portal. And Thrall himself will fight for the Horde and their armed to the teeth army.

After you manage to close Dark Portal, but not for long – paths of Alliance and Horde diverge for the moment and each one will search for new allies for war with the Iron Horde. 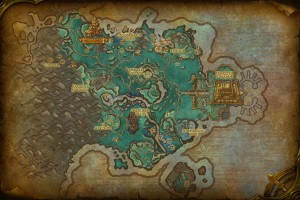 After dealing with Dark Portal, heroes of Alliance will depart to Karabor, to find new allies for war with the Iron Horde. When you do, you’ll have to defend the sacred temple of draenei to establish a safe fortress for the Alliance. While defending the temple from the Iron Horde, Ner’Zhul with his army of orcs from Shadowmoon Valley attacks from another side, stay alert! A failure can cost you the whole world. 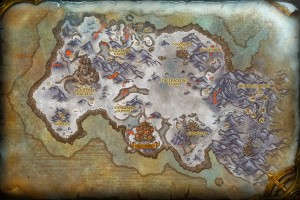 Path of the Horde will lead to Frosfire Ridge, where you have to find a way to get support from Frostwolf Clan. Ogres from Bladespire Fortress are actively attacking your future encampment, get your blades and into the fight! After dealing with ogres there is no time to rest – there is another battle ahead. Orcs from Thunderlord clan are near, and they also have their clams for these lands – they wont withdraw before you.

If you have neither time nor desire to level your character and doing quests in World of Draenor – our team will be happy to do it for you. You can get all related information from our consultants in skype: boosting_pro or in live chat on our site https://boosting.pro. But remember! Warlords of Dreanor is close – order our needed service now!