With less than three months to go until the end of Season 3, we know anticipation is growing around this year’s rewards. It’s time to reveal what you can earn for Season 3 ranked play.

We’re dishing out the rewards based on the tier you reach at the end of Season 3 ranked play. You’ll earn rewards by playing ranked in any game mode (solo, duo, 5v5 or 3v3), and you’ll nab the reward corresponding to the highest tier you hit across all modes. Keep in mind that for 5v5 and 3v3 tier rewards, you have to have played at least five games with the team and participated in 30% or more of the teams total games to qualify.

Enough with the exposition, let’s show off the rewards!

Bronze or higher: Season 3 Summoner Icon
You’ll earn a Summoner Icon that displays your accomplishments. There is a different icon for each tier.

Gold or higher: Season 3 medal for Buddy and Team invitations and Victorious Champion Skin
Should you climb to the highest ranks of competitive play, you’ll greet new friends and teammates with a personalized invitation badge that shows off your success in shiny style. You’ll also earn the permanent Victorious Ward skin and a unique Victorious skin.

What are the rewards and how do I get them?
There are several rewards based on the tier you’re in at the end of Season 3 ranked play.
Tier Rewards (Based on your Ranked Queue [solo, 3v3, or 5v5] Tier at the end of the season):

For ranked 5v5 or 3v3 team queues, you’ll earn the rewards based on your team’s ranked tier at the end of the season, but keep in mind that you have to have played at least five games with the team and participated in 30% or more of the team’s total games to qualify for rewards.

So if I join a Gold team with a bunch of games played before I signed on, what happens?
Provided you and your new team play the additional number of games so that you hit the 30% threshold, you’ll qualify for Gold tier rewards.

When does the season end?
Season 3 will end on October 31st.

When will I get my rewards?
We will start granting rewards with the patch downtime, although it may take a few days for them to show up for every player.

If I have an honor ribbon and the loading screen trim, will they both be shown?
Yes, this hasn’t changed and they will both be displayed. The honor ribbon sits on top of the border trim.

What happens to my Season 2 rewards?
Your Victorious skins and summoner icons will be retained. The loading screen borders and profile borders will only show the previous season’s results (so it will display season 3). The placement from previous seasons is stored, and we’re working out the best way to display the results from prior seasons, but it won’t be part of this release.

Stay at home and have fun in game! 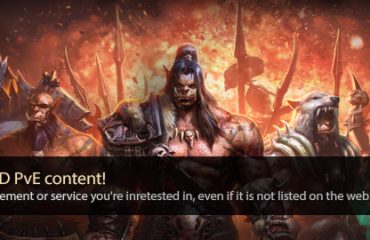