What to do before Battle of Azeroth!

What can not be obtained after patch 8.0 / Battle of Azeroth:

It’s no secret that the Legion expansion, which all of us so fond of, is coming to its final stage, and it will be replaced by a new, but no less interesting expansion, the Battle for Azeroth. The release date of Battle for Azeroth is already known – August 14, 2018. As you know, there is very little time left until the end of Legion, but there is a lot of content that will be unavailable with the release of a new add-on. I think you will be offended to look at other players who ride mounts or use looks for weapons that you would never get. That’s why we wrote this article for you and collected items/achievements that will become unavailable with the release of the Battle for Azeroth. Do not miss your last chance!

Let’s start with one of the most favorite topics of all players – transmogrification. After all, every player wants to create a unique image of the armor for his character, and not use same outfit everyone of his class does. Most of the players are already know, and if not, we inform you that with the release of the patch, all your artifacts will go down into the abyss along with the demons, and a new shiny Amulet (the Heart of Azeroth) will come to replace them. How come, because I’ve been collecting looks for my weapons for so long? Do not worry! All the tints (or looks) of artifact weapons you have collected will be available for transmogrification in a new expansion. Some of these looks can also be obtained after the end of the Legion, but access to some will disappear forever, so we advise you to get these looks now, and not only for the main character, but even for the alt characters you might want in the future.

To get that artifact look you need to not only go through the dungeon of the Mythic 15+, completing it within the allotted time (complete achievement Keystone Master) – you still have to go through the quest chain “Balance of Power”(Improving on History). It takes about two weeks to complete this chain, so we advise you not to drag it late if you want to have this appearance.

Unlike the appearance for the Mythic +15 dungeon here you have to rely only on yourself, because you need to pass the challenges alone. To do this, you will need a well-equipped character, as some tests are impossible without certain legendary items and knowledge of the mechanics of your class. You will have to try hard, but if you succeed this appearance will remain with you in the new expansion.

What you can get, but which would become much difficult after the release of patch 8.0

The Fiendish Hellfire Infernal from Gul’dan and the Shackled Ur’zul from Argus the Unmaker are two mounts that are obtained from the bosses in Mythic mode with 100% chance in Legion. With the release of Battle for Azeroth, they would still be available, but with a 1% chance to drop. Therefore, it is highly recommended that you acquire these mounts now, until it’s too late.

Recently, players have found a way with which you can quickly and easily level any character from 100 to 110 level. This is great news for those who have more than one character. Involvement in an Invasion is an easy way to get a whole level in one invasion. Nothing special is necessary, it is enough to fly to the place of invasion and complete all world quests. It will seem to you that it takes a long time, but if you see how much experience you get for one invasion, you will change your mind. It is more likely that with the release of the Battle for Azeroth the invasions will end, but this is not accurate information, so why risk it?

Unlike artifact weapons, an artifact fishing rod – the Underlight Angler – for the achievement called Bigger Fish to Fry will be available in the Battle of Azeroth, but getting it will likely be more difficult, since the fastest way to accomplish this achievement is to farm the necessary items in the group (as it increases chance of its drop), but after the release of new content, most players will not be willing to get this fishing rod and finding the party will not be easy. Also, having obtained the Underlight Angler now, you will provide yourself with a nice bonus to fishing in the new expansion, which is very useful if you want to try your luck in getting the Server First in Fishing.

Four new races have already been added to the game and are available to players who pre-ordered the Battle for Azeroth add-on. The rest of the players will be given an opportunity to play those with the release of a new add-on, so why did we add them to our article? The answer is simple – now most players have a lot of free time, as they have completed all the content of the Legion. To unlock new races you do not just need to buy Battle for Azeroth, you need to go through a chain of quests associated with each race in which the requirement is to level reputations to Exalted. Each race has its own reputation: reputation with the Nightfallen race is tied with Nightborne (Horde), a reputation with the Argussian Reach is tied with the Void Elves (Alliance), the reputation with the Highmountain Tribe – with Highmountain Tauren (Horde), and the reputation with the Army of Light – with the race of the Lightforged Draenei (Alliance).

What we advise to do before Battle for Azeroth?

We advise you to follow the steps below in order to greatly simplify the leveling and development of your character at the start of the Battle for Azeroth expansion.

We have given the main things that are exactly or most likely to disappear with the release of the prepatch to the new expansion – the Battle of Azeroth. Doing them or not is a personal matter for every player, but we advise you to think carefully before you give up anything on this list. And if for some reason you can not do it yourself, our team is always ready to help you!

Tagged under: Battle for Azeroth 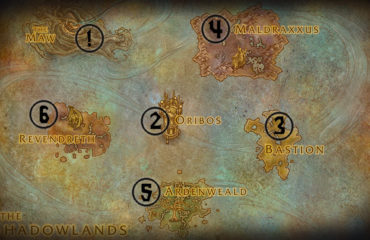 World of Warcraft: Dragonflight is the New WoW Expansion 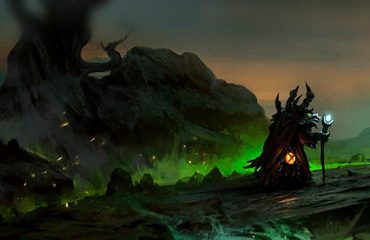