In the new expansion for WoW, players will have to go to the Zandalari islands and the new continent of Kul-Tiras. Six new races will be available in the game, and the level cap will increase to 120. We will be glad to save you from the leveling routine and provide powerleveling boost to 120. Developers improve the system of development and leveling the character. Now the system of scaling monster level, introduced in the Legion, will extend to the classic zones! Rewards for the completion of dungeons in the classic zones and in a new expansion for World of Warcraft – Battle for Azeroth – will be reworked in the same way.

Immediately after the launch of the new addon, the following will be added:

Our service will give you any help in new WoW dungeon boosting, boosting item level and any other PvE boost.

The system of local world PVP will also undergo changes. Players themselves can decide whether they want to participate in PvP or not. While in the capital cities, you can activate the PvP mode, then go outside the city and be in a special version of the world, where all players agreed to participate in PvP. Those who agreed to participate in PvP-battles will be able to get a number of bonuses like an increase in experience and / or reputation that compensate for the increased risk. For ranked PvP (arena and RBG) the changes were not announced yet. Our service will continue to provide services for boosting PVP ratings and PVP awards, as well as we will be happy to help you take advantage of the open world PVP bonuses and protect your character in case awards for PvP mode make all players turn it on.

In general, this addition will again significantly change the whole game, as was the case with Legion. It’s for you to decide if it’s good or bad, but we are sure that the game will only get better afterwards, as all new changes lay the basis for working on new, even more attractive game modes!

Tagged under: Battle for Azeroth, world of warcraft, WoW 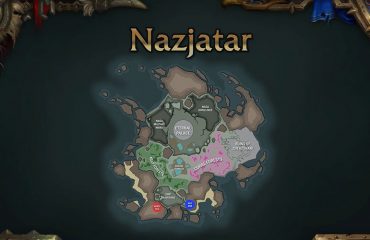