Zovaal, The Jailer Kill in Sepulcher of the First Ones Raid

Zovaal The Jailer Kill is the final and main boss in Sepulcher of the First Ones Raid, the new World of Warcraft patch 9.2 raid. To get to it, you need to defeat eleven bosses of varying difficulty. By purchasing Zovaal, The Jailer Kill, you will not only defeat this boss in Normal, Heroic or Mythic difficulty, but also get a chance to get high level loot and various achievements.

Plunge into the atmosphere of raiding, take revenge on The Jailer for all the betrayals by defeating her on any difficulty level. To do this, you need to select the additional option “Selfplay” to the service Zovaal The Jailer Kill boost.

Buying Zovaal The Jailer Kill boost in our shop you will get:

The Jailer battle in SotFO Raid

The major nemesis in the Shadowlands expansion is Zovaal, the Jailer. He was the mastermind behind the events of Warcraft III and Warcraft: The Beginning. The Jailer was the one who forged the Frostmourne Blade and transformed Arthas into the Lich King. And now, in Zereth Mortis, he’s looking for the forbidden knowledge that will allow him to change reality itself.

The Zovaal, The Jailer fight is described by the developers as Titan++, with some mind-blowing dynamics and a fantastic plot twist at the finale. His dominance spell knows no bounds, and the writers of the narrative story have planned something extraordinary for the end. We believe we will be able to beat the Jailer, but with his final breath, he will do something catastrophic that will damage the entire Warcraft Universe.

Services Zovaal The Jailer kill boost has been created for individuals who value their free time but still want to earn some legendary Jailer loot and accomplishments, as well as see the combat and story finale in Shadowlands’: Eternity’s End (patch 9.2). You won’t have to worry about performing tactics or several wipes with the SotFO last boss carry service.

Our service The Jailer (Zovaal) boost will assist you in the following ways:

We’ll help you enjoy Zovaal The Jailer fight on your chosen difficulty and get not only all the rewards that come with it, but also a great experience. 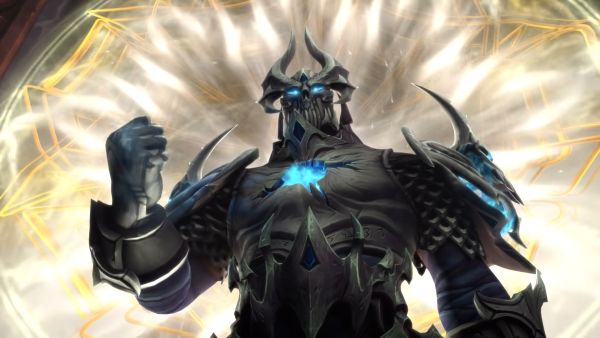 Be the first to review “Zovaal The Jailer Kill” Cancel reply

There are no reviews yet.

Sign up for our newsletter and  learn latest deals, special offers, exciting news on our services